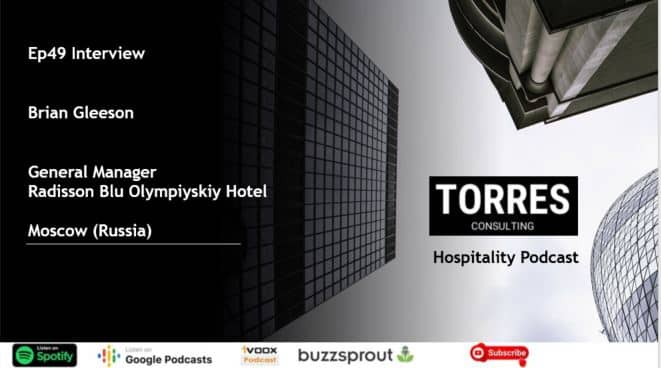 Brian and I met at work almost 20 years ago back in Radisson in Ireland. Ever since, he remained with Radisson, building up a very strong career as a General Manager that has taking him to the Baltics, Scandinavia and now, Russia.

From his role as GM at the Radisson Blu Olympiyskiy Hotel, we talk about:

-His origins in the industry

-How he went up the work ladder

-His loyalty to the brand

-His luck to have had many mentors

-Skills needed to succeed in this industry

And as always, advice to the young ones. I hope you find it as insightful as I did. 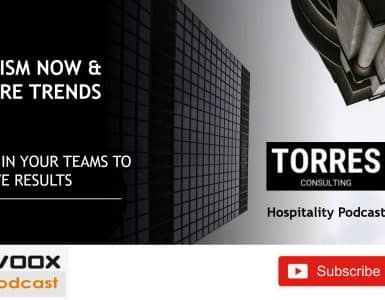 Tourism now and future trends: Invest in your team to improve results

Podcast Episode 59 WHTT (Women in Hospitality and Travel-Tech) BCN Chapter invited me to present my vision on the current global tourism scenario, which was recorded and aired in Spanish. Now, I’ve translated it... 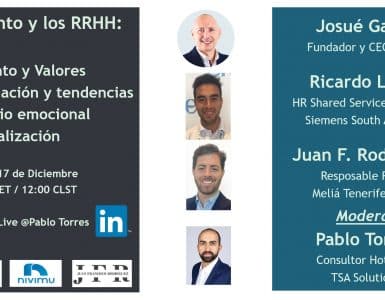 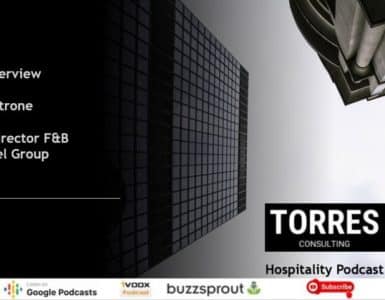 Ep 47. Fabio has had an extensive career in F&B globally. From Italy to the Emirates, Anguilla or Barbados to Oman and now Egypt, he has been growing step by step, to land at his current role, overseeing the F&B...

Tourism now and future trends: Invest in your team to improve results

We can find us in different social networks.

UK Hotels struggling to keep up with heavy debt

Luxury fashion brands & Hospitality: PR or an extension of the brand experience?

From Boscolo to Minor via The Dedica Anthology

Airbnb to open its first condo/hotel in Miami

The importance of motivation when it comes to upselling

Upsell: Standard, personalized or perfect. Which one does your team do?

Hotels: How going green can be monetized

How many brands can large hotel operators launch?

Virgin Hotels: will they finally take off in 2020?